On Episode 23 of the GSMC Book Review Podcast, I interviewed Melissa Scholes Young about her debut novel FLOOD. 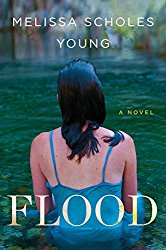 Laura Brooks fled her hometown of Hannibal, Missouri, ten years ago after a historic flood and personal heartbreak. Now she's returned unannounced, and her family and friends don't know what to make of it. She says she's just home for a brief visit and her high-school reunion, but she's carrying too much luggage for that: literal and metaphorical. Soon Laura is embroiled in small-town affairs--the contentious divorce of her rowdy best friend Rose; the campaign of her twelve-year-old godson, Bobby, to become the town's official Tom Sawyer; and the renewed interest of the man Laura once thought she'd marry, Sammy McGuire.
Leaving town when she was eighteen had been Laura's only option. She feared a stifling existence in a town ruled by its past, its mythological devotion to Mark Twain, and the economic and racial divide that runs as deep as the Mississippi River. She can't forget that fateful Fourth of July when the levees broke or the decisions that still haunt her. Now as the Mississippi rises again, a deep wound threatens to reopen, and Laura must decide if running away once more might be the best way to save herself. (Source)

FLOOD is multi-layered in the stories it tells. First, there is the story of Laura's homecoming, but underneath is the backstory of why she left in the first place. Both of those stories involve the annual flooding that happens in Hannibal. The flooding is almost another character, and has a major impact on the story and its characters. There is also the layer of Mark Twain's connection with Hannibal and how the town has been shaped by the influence of him and his books. 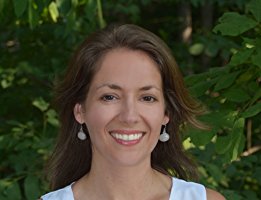 I was born and raised in Hannibal, Missouri, Mark Twain's beloved​ boyhood home. I've lived a lot of places since I left, but Hannibal is still my hometown.
My writing has been published in the Atlantic, Washington Post, Poets & Writers, Narrative, Ploughshares, and other literary journals. I'm a Contributing Editor at Fiction Writers Review and Editor of an anthology of D.C. Women Writers, Grace in Darkness.
I write now from Washington, D.C. where I teach College Writing and Creative Writing at American University. My debut novel, FLOOD, is available from Center Street/ Hachette. I live in Maryland with my husband, kids, and a chocolate labrador named Huckleberry Finn. (Source)