The Undiscovered Country by Mike Nemeth

On Episode 82 of the GSMC Book Review Podcast I spoke with Mike Nemeth about his new book, The Undiscovered Country. This is his second novel featuring his main character, Randle Marks (the first book is called Defiled).

When Randle Marks buried his abusive father three years ago, he thought he had escaped the gravitational pull of his dysfunctional family. Living in Florida, Randle was convicted of a crime he didn’t commit. Now he’s served his time, written a book about his scientific work, and plans to marry his college sweetheart. Then his new beginnings are interrupted by his mother’s medical emergency.
He is summoned to his boyhood home of Augusta, Georgia to face long-suppressed memories, contemptuous siblings, and his dying mother’s desperate attempts to conceal her secrets and preserve her dignity. He battles dispassionate doctors who are reluctant to waste resources on a terminal patient and, in the process, discovers that his mother’s fate may not be an act of God. While investigating her medical situation, he uncovers conspiracies to hijack two estates—his mother’s modest estate, and that of a wealthy man who claims to be his birth father. To bury the past, he will have to learn the truth about the past.
Randle embarks on a journey through contemporary end-of-life rituals juxtaposed with Old South traditions and the fading mores of his mother’s generation to untangle the layers of lies that enshroud his family’s history. As he uncovers the twisted facts, Randle finds he must solve a murder no one knew had been committed. To do that, he will have to prevent the embezzlement of a stranger’s wealth, and solve the riddle of his own identity. When he learns the shocking truth, he is challenged to choose between greed, revenge and reconciliation. (Source)

The Undiscovered Country is a book that provides layers of mystery and storylines. Overall, it's the story of a man who goes home to be with his dying mother, but once there he uncovers secrets, plots, and mysteries of a variety of kinds, all of which manage to tie in to one another as the book progresses. 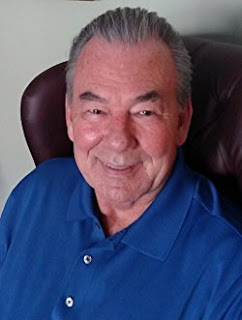 Mike Nemeth was born and raised in Appleton, Wisconsin and is a die-hard Badger and Packer fan. A Vietnam-era Army veteran, he raised a daughter as a single parent while pursuing a career in high technology that took him from Atlanta to Texas, Colorado, Tennessee, and Florida before returning to Atlanta. He holds a private pilot’s license, once coached a state champion AAU basketball team, and is a golfer and motor-boating enthusiast.
In addition to his two novels, Mike has published two nonfiction works about sports: 128 Billion to 1, why no one can predict the outcome of the NCAA Basketball Tournament; and Lies, Damned Lies and Statistics, why the selection committee always chooses the wrong teams to play the college football National Championship. He also wrote The Missing Ingredient, an article published in The New York Times that explained why college football rankings are always wrong. visit Mike’s sports Website www.nemosnumbers.com for fresh insight into both college sports. (Source)

Want to read The Undiscovered Country? Mike has been kind enough to provide 3 copies of his novel, and one of them could be yours! All you have to do is go to either our Facebook, Twitter, or Instagram pages and comment on the post with Mike's interview. It's as simple as that: just comment on Episode 82 on Facebook, Twitter, or Instagram, and you'll automatically be entered to win The Undiscovered! The last day to enter is May 26th and winners will be announced on May 28th.

To hear the interview with Mike, please click here.