On Episode 92 of the GSMC Book Review Podcast I had the pleasure of welcoming Matty Dalrymple back to the podcast. Matty was originally on back in November when she came to talk about her Ann Kinnear mystery series. This time we spoke about the new (second) book in her Lizzy Ballard series, Snakes & Ladders, which came out on June 19th.

Rock breaks scissors. Scissors cut paper. Paper covers rock. The rules are simple--except when it's people's lives at stake.
By the time Charlotte and Patrick Ballard discover the damage their daughter, Lizzy, can do with her mind, it’s already too late for Charlotte. They hide Lizzy away, trying to save others from the same fate, and trying to save Lizzy from life as a human lab rat. But they can't hide her forever.  Little do they know that respected Philadelphia businessman Gerard Bonnay is responsible for Lizzy's ability. And Bonnay is willing to eliminate anyone who gets in the way of his goal of turning that power to his own ends.
​As her protectors are picked off one by one, will Lizzy be able to escape from Gerard Bonnay’s deadly zero-sum game? (Source)


Lizzy Ballard and her godfather Owen McNally are on the run after their fatal game of rock-paper-scissors with Vivantem’s head of research, Louise Mortensen, and her enforcer George Millard. They find themselves in the Red Rock Country of Arizona, and Lizzy finds a mentor in Philip Castillo, a psychic counselor with his own dark past.
While Lizzy works with Philip to try to control her deadly ability, Millard is hot on her trail, and Lizzy’s power will be no defense against the weapon he has chosen.
When Lizzy makes her way back to Philadelphia, Louise and George strike at Owen, and in a bid to protect her dwindling band of allies, Lizzy takes the fight to Louise’s turf.
​In this deadly game of snakes and ladders, will Lizzy be rewarded for her virtues or punished for her vices? (Source) 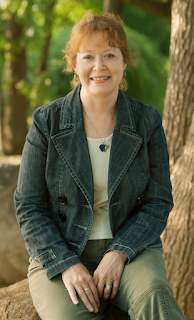 Matty Dalrymple is the author of the Ann Kinnear Suspense Novels The Sense of Death and The Sense of Reckoning, the Ann Kinnear Suspense Shorts, including Close These Eyes and May Violets Spring, and the Lizzy Ballard Thrillers Rock Paper Scissors and Snakes and Ladders. Matty lives with her husband, Wade Walton, their two Labrador Retrievers (Juno and Sophie), and their terrier (Griffin) in Chester County, Pennsylvania, which is the setting for much of the action in The Sense of Death and Rock Paper Scissors. They enjoy vacationing on Mt. Desert Island, Maine, where The Sense of Reckoning takes place, and Sedona, Arizona, the setting for much of Snakes and Ladders​.
Matty is a member of Mystery Writers of America, Sisters in Crime, International Thriller Writers, and the Brandywine Valley Writers Group. (Source)

If you love thrillers and suspense, especially with dashes of paranormal and science fiction, then Matty is someone you should definitely check out! Want to read Snakes & Ladders? Matty has been kind enough to provide 3 copies of his novel, and one of them could be yours! All you have to do is go to either our Facebook, Twitter, or Instagram pages and comment on the post with Matty's interview. It's as simple as that: just comment on Episode 92 on Facebook, Twitter, or Instagram, and you'll automatically be entered to win Snakes & Ladders! The last day to enter is July 7th and winners will be announced on July 9th. (Giveaway is for US only)

To hear the interview with Matty, please click here.
Posted by GSMC Book Review Podcast at 9:42 PM No comments:

Call Me Phaedra by Lise Pearlman

On Episode 88 of the GSMC Book Review Podcast I spoke with Lise Pearlman about her latest book, Call Me Phaedra: The Life and Times of Movement Lawyer Fay Stender. A former trial lawyer and judge, Lise now writes legal history about significant trials and the lawyers who worked on them. Call Me Phaedra is her fourth book. 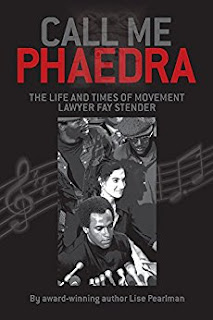 Who was Fay Abrahams Stender? A giant among Movement lawyers from the McCarthy Era to the 1970s intent on forcing society to change. Friends could easily picture her as the heroine of a grand opera. A child prodigy, she abandoned the concert piano to become a zealous advocate for society’s most scorned and vilified criminal defendants: from the Rosenberg espionage case during the Cold War to militant black clients, Black Panther Party leader Huey Newton and revolutionary prisoner George Jackson to prisoners in the “Dachau” of maximum security. Stender achieved amazing legal successes in criminal defense and prison reform, before she ultimately refocused with similar zeal on feminist and lesbian rights. In May 1979, an ex-felon invaded her home and shot her execution-style after forcing her to write a note saying she betrayed George Jackson. She barely survived. Wheelchair bound and under 24-hour police protection, she then became the star witness in her assailant’s prosecution. Awaiting trial in a secret hideaway in San Francisco, Fay told the few friends she let visit her there to “call me Phaedra,” a tragic heroine from Greek mythology. Shortly after the trial, like Phaedra, she committed suicide.
Set against a backdrop of sit-ins, protest marches, riots, police brutality, assassinations, death penalty trials and bitter splits among Leftists, this book makes for a compelling biography. Yet it delivers on a broader goal as well – an overview of the turbulent era in which Fay Stender operated under the watchful eye of the FBI and state officials. We not only relive Stender’s story, but that of a small cadre of committed Bay Area activists who played remarkable roles during the McCarthy Era, Civil Rights Movement (including Mississippi Freedom Summer), the Free Speech Movement, Vietnam War protests, and the rise of Black Power. Besides revolutionaries Huey Newton and George Jackson, Fay’s life intertwined with: Jessica Mitford (who dubbed Fay her “frenemy’), Bob Treuhaft, Charles Garry, Bob Richter, Stanley Moore, Tom Hayden, Jane Fonda, Stokely Carmichael, Cesar Chavez, Mario Savio, George Crockett, Joan Baez, Willie Brown, Ron Dellums, Jerry Rubin, Max Scherr, Jean Genet, Elsa Knight Thompson, Kay Boyle, Bobby Seale, David Hilliard, Angela Davis, Eldridge and Kathleen Cleaver, and Mike Tigar, among others.
By the fall of 1970, Stender had gained international press coverage as the most sought-after Movement lawyer in America. She had just achieved spectacular successes against all odds for two black revolutionary clients. The book also describes Stender’s ultimate failure to surmount class and racial differences to make her clients’ cause her own and how, as in a Greek tragedy, hubris led to her downfall. Fay’s tragic end served as a sobering lesson to her Movement friends of the personal risks many of them had run. For many, her death symbolized the end of an era. (Source)

In college I was a History Major with a Women's Studies Minor, and this book is everything I love about that combination. As you can tell from the description, Fay was a lawyer during times of incredible historical significance, and she was in the middle of a lot of it. She was a complicated woman who was larger than life, zealously dedicated to her work, and who often made what many would see as questionable decisions.
Genres:
·         History
·         Biography
What I enjoyed:
·         I loved reading about so many of the events I learned about in American History through the lens of Fay's work with and involvement in those events.
·         I learned so many new things about those same events and people.
·         Lise's background is as a lawyer and a judge so she brings those perspectives to her writing. While she does cover many of the legal aspects of the work Fay did I never felt bogged down by legal terms or minutiae.

Quotes:
·         "Fay seemed particularly drawn to crossing class lines when making friends and tried harder than others to understand people from different social strata."
·         "Fay came to the realization that she had never made decisions, but acted on uncontrollable impulses, lurching from one course to the next. She believed in predestination, not free will."
·         "Fay revealed that in the past two years her identity had become almost anti-professional. She had abandoned the traditional lawyer-client relationship because it interfered with building her revolutionary clients' trust. Instead she considered [Huey] Newton and [George] Jackson close comrades with a shared goal."
·         "Fay now had a new mission...[She] had finally begun to realize that someone needed to address the arrogant sexism of revolutionary men."
Where you can find Lise online:
·         Website: https://www.lisepearlman.com/
·         Facebook: @LPAuthorAndSpeaker
·         GoodReads: Lise Pearlman
·         The Documentary: American Justice on Trial
Author Bio: 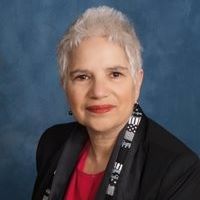 Lise Pearlman appeared in Stanley Nelson’s acclaimed 2015 film       “The Black Panthers: Vanguard of the Revolution” as the country’s leading expert on the 1968 Huey Newton death penalty trial. Her first history book, The Sky’s The Limit: People v. Newton, The Real Trial of the 20th Century? [Regent Press 2012] won awards in the categories of law, history and multiculturalism.
Pearlman was an undergraduate in the first class that included women at Yale University when Panther Party co-founder Bobby Seale was tried for murder in New Haven. She then moved to the Bay Area where she attended Berkeley Law School and then clerked for California Chief Justice Donald White before practicing law in Oakland. From 1989-1995, she served as the first Presiding Judge of the California State Bar Court. Pearlman has spent almost all her adult life in Oakland where the Newton trial took place and where she still resides.
Ms. Pearlman is currently co-producing and co-directing the companion documentary to her  2016 book American Justice on Trial: People v. Newton. (Source)

Want to read Call Me Phaedra? Lise has been kind enough to provide 3 copies of his novel, and one of them could be yours! All you have to do is go to either our Facebook, Twitter, or Instagram pages and comment on the post with Lise's interview. It's as simple as that: just comment on Episode 88 on Facebook, Twitter, or Instagram, and you'll automatically be entered to win Call Me Phaedra! The last day to enter is June 16th and winners will be announced on June 18th.

To hear the interview with Lisa, please click here.
Posted by GSMC Book Review Podcast at 10:42 PM No comments: