River of Secrets by Roger Johns

Episode 111 of the GSMC Book Review Podcast has me sitting down for another author interview. This time I spoke with Roger Johns about River of Secrets, the second book in the Wallace Hartman Mysteries. 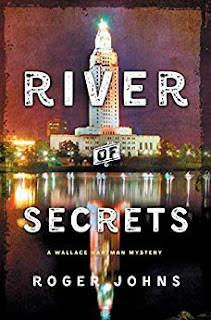 Herbert Marioneaux, a Louisiana politician infamous for changing his mind on hot-button issues, has been murdered and his body posed to send a message. Baton Rouge homicide detective Wallace Hartman has to figure out who’s sending that message. DNA points to Eddie Pitkin, a social justice activist who also happens to be the half-brother of Wallace’s childhood best friend. But even with the combative history between Pitkin and Marioneaux, murder seems out of character for Pitkin, whose usual MO is to confront the wealthy and powerful with their inconvenient past. As Wallace digs deeper, she unearths a possible alibi witness, along with evidence of a deeply troubled relationship that points the finger of suspicion at Marioneaux’s son.
While Eddie’s supporters are convinced of his innocence, his enemies are equally certain of his guilt. Under pressure from all directions, Wallace pursues her investigation into the dark heart of the political establishment as Baton Rouge falls under the shadow of escalating violence. When it appears a police department insider may be sabotaging her efforts by leaking information about the case, and after menacing messages are left for her and her loved ones, Wallace is forced to untangle a trail of old and disturbing secrets unaided by those she most needs to trust. (Source)

I really enjoyed this book. It's suspenseful, with plenty of twists and turns that kept me trying to figure things out throughout the story. Wallace is a main character it is easy to root for, and I look forward to more books with her to see where her story continues to take her. The book has moments that are uncomfortable because they are so true to life with the current situation of polarity in our country. While those scenes were difficult to read at times because of the accuracy, they add a level of depth and authenticity to the story and it's location. 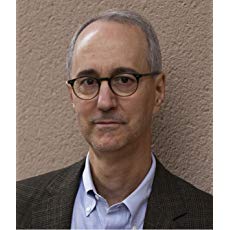 Roger Johns is a former corporate lawyer and retired college professor with law degrees from Louisiana State University and Boston University. During his nearly two decades as a professor, he served on the editorial staffs of several academic publications and he won numerous awards and recognitions for his teaching and his scholarly writing. Roger was born and raised in Louisiana. He and his wife Julie now live in Georgia. (Source)

Are you a fan of mysteries? Want to know more about Wallace Hartman? You should definitely enter our giveaway! Entering is easy: Just go to our Facebook, Twitter, or Instagram page and comment on Episode 111: Interview with Roger Johns. That's it! Commenting will automatically enter you to win a copy of River of Secrets. The giveaway is open until September 30, and winners will be announced on October 1. US only.

To hear the interview with Roger, please click here.
Posted by GSMC Book Review Podcast at 9:00 AM No comments:

Sunset in Laguna by Claire Marti

On Episode 107 of the GSMC Book Review Podcast I welcomed Claire Marti back to the podcast. Claire originally joined me back in April on Episode 72 to talk about the second book in her Finding Forever in Laguna series, At Last in Laguna. For this episode we spoke about the final book in that trilogy, Sunset in Laguna. 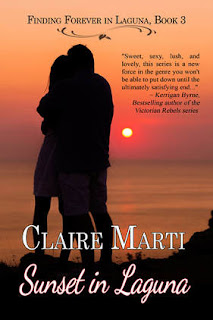 Returning to Laguna Beach after four tours in the Middle East, Christian Wolfe leaves the military behind and buys a wine bar, vowing to keep his life simple. He fights to keep his devastating PTSD a secret and refuses to burden anyone else with his baggage. When stunning Kelly Prescott and her red stilettos saunter into town, she drives him past the bonds of his self-control.
Successful in her father’s stuffy law firm, Kelly’s too compassionate to survive in the cutthroat world of corporate litigation. Leaving behind both family and courtroom drama, she moves to Laguna to become general counsel for a nonprofit veterans’ organization.
She didn’t bargain on a gorgeous modern-day Heathcliff, and in Christian, she sees another kind of challenge—one she can’t resist. (Source)

This is the third book in a trilogy, but each of the three can easily be read as a standalone novel. If you prefer to read series, though, then this one is great in how all six of the characters appear in each of the three books, but each couple gets their own story. Kelly and Christian each bring issues from their past into the relationship in this installment, and both have to figure out if they can resolve those issues in ways that will allow them to move forward with that relationship.

Genre:
What I enjoyed:
Quotes: 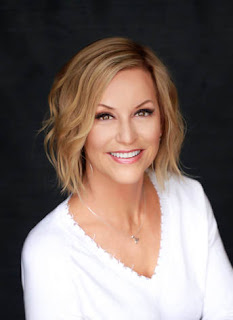 Claire Marti started writing stories as soon as she was old enough to pick up pencil and paper. After graduating from the University of Virginia with a BA in English Literature, Claire was sidetracked by other careers, including practicing law, selling software for legal publishers, and managing a non-profit animal rescue for a Hollywood actress.
Her award winning debut novel, Second Chance in Laguna, won best unpublished contemporary romance in the Heart of the Molly and third place in the Maggie. Second Chance in Laguna is available now in print, ebook and audiobook at all major retailers.
When Claire's not writing, she's teaching yoga. You can find her teaching at studios in sunny San Diego or enjoy forty-three online classes on the international website www.yogadownload.com. A breast cancer survivor, Claire is a sought-after speaker on the power of yoga and meditation for cancer. She's been published in numerous magazines with articles on wellness and is the author of a memoir on her experience beating breast cancer.

Love romance? Want to read Kelly's and Christian's story? Excellent! I have signed copies from Claire to give away! Just go  to Facebook, Twitter, or Instagram, and comment on Episode 107: Interview with Claire Marti. That's it! The giveaway goes through September 16 and winners will be announced September 17. US only.

Posted by GSMC Book Review Podcast at 11:19 PM No comments:

Episode 105 of the GSMC Book Review Podcast has me chatting with Cole W. Williams about her new children's picture book Dr. Brainchild and Radar: A Popcorn Discovery. The book tells the story of how the microwave was invented. The details of the invention are true, but rather than using Percy Spencer (the inventor)  as the main character, Cole instead created Dr. Brainchild, who invents the microwave with trusty lab assistant Radar. 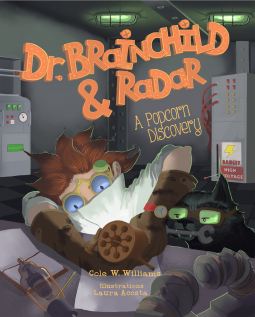 Kids of all ages will be inspired to explore and create by "Dr. Brainchild & Radar: A Popcorn Discovery" Join the fun as Dr. Brainchild and Radar discover how a little bit of creativity, some wacky inventions, and a whole lotta science can transform the ordinary into something EXTRA tasty! Boy, girl, wolf, or anything in-between--it doesn't matter so long as YOU are there! Science is for everyone, so come along and enjoy the ride! (Source)

This book is so much fun. It's for readers aged 6-9, but heck I'm definitely out of that age range and I loved it. I also learned how the microwave was invented, which is something I'd never really thought of before. I think readers of most ages will enjoy the story.
Genres: 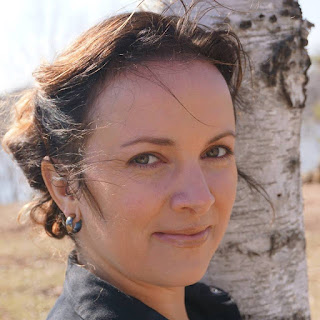 Have a budding scientist in your life? Want to read Dr. Brainchild and Radar: A Popcorn Adventure before its release date of September 30? Excellent news! You can enter to win a copy of this delightful book, and entering is easy! Just go  to Facebook, Twitter, or Instagram, and comment on Episode 105: Interview with Cole W. Williams. That's it! The giveaway goes through September 9 and winners will be announced September 10. US only.

Posted by GSMC Book Review Podcast at 9:06 PM No comments: