On Episode 117 of the GSMC Book Review Podcast I spoke with Travon Toussiant about his new YA SciFi novella, Disconnected. The story is dystopian and takes place in an alternate Chicago where technology has been banned from development and use by private citizens; all technology is controlled and monitored by the government.

Born to shape the world with a finesse never seen, Fabian Goldsmith took up the task of liberating his state from the claws of the evil TomPowwel government. In the course of his journey towards breaking the shackles of political and technological oppression of his people, he meets the no-nonsense Joanna Stuart, the daughter of the missing STFA vice president. She reminds him so much of Margaret Thatcher, but he is determined to win her heart and conquer the terrible government at the same time.
Too busy with the search for her dad, Joanna's love life is a mess as she rarely has time for a date, nor the time for love. This takes a twist when she looks into Fabian's eye and honours his request to see her. Her attraction to him is unexpected and she tries to avoid him as much as possible. Little does she know she would get more than she bargained for in her adventure with him. (Source)

What I enjoyed:
Quote:
Where you can find Travon online:
Author Bio: 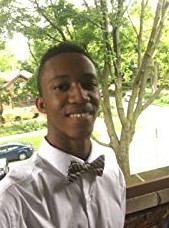 Travon is a #1 Amazon Bestselling young teenage author of You Wanna Play Trilogy. He was born September 25, 2001, in Chicago, IL at Saint Joseph Hospital. The Unexpected is his first book he has ever written. He lives in Chicago, IL and has written short stories: The Women Who Thought Her Life Was Perfect, and Before It's Too Late. Travon has earned many medals in sports and honor roll certificates in school, he has graduated from John B. Murphy Elementary School. Travon was inspired by his grandmother Stella saying "Travon you should write a book." It gave him the idea to go for it. Travon gone through so many tragic scenes in his life that pushed him more to achieve. Up until now, his life has been looking very pleasant for him. (Source)

Would you like to win a copy of Disconnected? It's easy! Just go to one of our social media pages: Facebook, Twitter, or Instagram, and comment on Episode 117: Interview with Travon Toussiant. It's that simple: just comment on this episode and you will automatically be entered to win a copy of Disconnected! You can enter the giveaway through October 21 and winners will be announced October 22. US only.
Posted by GSMC Book Review Podcast at 3:11 PM No comments:

The Oyster Thief by Sonia Faruqi

I've said it before but I'll say it another million times: I love interviewing authors! On Episode 115 of the GSMC Book Review Podcast I chatted with Sonia Faruqi about her new book The Oyster Thief. 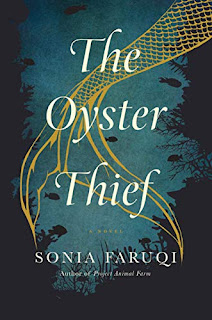 Coralline is a mermaid who is engaged to the merman of her dreams. But when an oil spill wreaks havoc on her idyllic village life, her little brother falls gravely ill. Desperate to save him, she embarks on a quest to find a legendary elixir made of starlight.
Izar, a human man, is on the cusp of an invention that will enable him to mine gold and diamonds from the depths of the ocean. His discovery will soon make him the richest man on earth—while threatening merpeople with extinction. But then, suddenly, Izar finds himself transformed into a merman and caught in a web of betrayal and intrigue. Meeting Coralline in the ocean, he decides to join her on her quest for the elixir, hoping it will turn him human again.
The quest pushes Coralline and Izar together, even though their worlds are at odds. Their pasts threaten to tear them apart, while a growing attraction adds to the danger. Ultimately, each of them faces an impossible choice. Should Coralline leave her fiancé for a man who might betray her? And Izar has a dark secret of his own—one that could cause him to lose Coralline forever. (Source)


Quotes:
Where you can find Sonia online:
Author Bio: 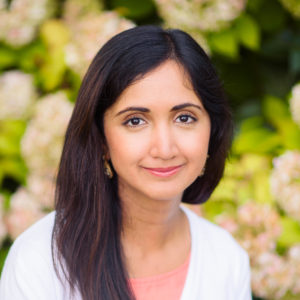 Sonia pushes the boundaries of imagination in her debut novel The Oyster Thief, an underwater odyssey. She is also the author of critically acclaimed Project Animal Farm, about the world’s food system. A skilled storyteller and speaker, she lives in Toronto, Canada. (Source)