House of Belonging by Andrea Thome

On Episode 96 of the GSMC Book Review Podcast I spoke with the delightful Andrea Thome about her new book, House of Belonging, the third installment in her Hesse Creek Trilogy. House of Belonging tells the story of Laina, a minor character from the first book, and Logan, the brother of one of the main characters in the second book. 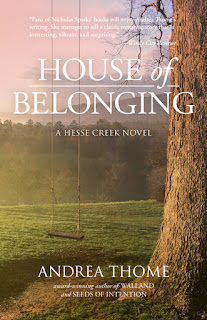 Renowned chef Laina Ming walked away from the culinary spotlight and an unhealthy relationship—one that still haunts her a year later. She’s trying to start fresh in the Rocky Mountains, opening a concept restaurant on the banks of the Roaring Fork River, where she hopes she’ll be able to express her passion for food and bury her heartache.
Horse rancher Logan Matthews moved to Aspen to be near his sister and her husband, grateful for his newfound family. Since a chance meeting with Laina the previous summer, Logan’s been enchanted. But she doesn’t want anything to do with him—which makes her all the more appealing.


Despite Laina’s efforts to protect her heart, Logan has been on her mind, too—and he has a way of turning up in the most unexpected places. Can they learn to trust one another and finally find the sense of belonging they’ve both been searching for? (Source) 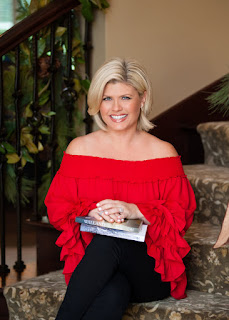 I'm a former broadcast journalist who has covered both sports and news during my career. (That's how I met my husband, Hall of Famer Jim Thome; I interviewed him on opening day of the MLB season in 1995, and the rest is history.) We have a fifteen-year-old daughter, a ten-year-old son, and two cats that we spoil rotten. I temporarily retired when we had our children, so I could be home with them full-time while they were still young. The loss of my mom almost four years ago was the catalyst for me starting to explore my writing career, which still allows me to remain home with my family. My mom was a writer and poet, and I can't help feeling that she's always near, watching over me proudly.
In my spare time, I love photography and travel, preferably at the same time. My novels are inspired by favorite places I've been, each of which have left vivid footprints on my imagination. I believe a book can be steamy and sexy, while still keeping it classy. I also love to infuse my characters with great senses of humor. I really love to interact with my readers, so please feel free to drop me a note or reach out to me on social media. (Source)

Posted by GSMC Book Review Podcast at 5:08 PM No comments:

Growing Up Greenpoint by Tommy Carbone

The subject was 1970s Brooklyn on Episode 94 of the GSMC Book Review Podcast as I spoke with author Tommy Carbone about his memoir, Growing Up Greenpoint: A Kid's Life in 1970s Brooklyn. 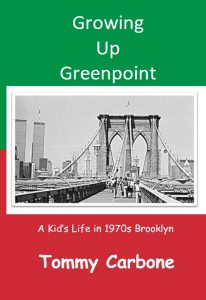 In Growing up Greenpoint, Tommy Carbone captures what it was like to be a kid during the 1970s and 80s in Brooklyn. This funny, and sometimes emotional, memoir follows the years Tommy was educated not only in the classrooms of St. Stan’s, but on the streets of Greenpoint. It was there, playing street games with friends, being cornered by muggers, playing kissing games with the girls, spending time with family, and constantly seeking out the best snack foods in the neighborhood, where Tommy learned a lot about life; although he may not have known it at the time.
A simple conversation, years later, about the New York City Blackout of 1977 sparks Tommy to recall his youth in the city he loved. His stories will bring you into the action of what it was like to dodge cars during a ballgame, to take a hike to another borough in search of a particular burger, to the hours spent playing pinball in a corner candy store, and how special it was to build traditions with three generations of Polish and Italian relatives in Brooklyn’s garden spot.
The vivid descriptions of his antics of what it was like to grow up during those years will transport you to the sounds and smells of living in the city during those trying years. Reading this book, you’ll be entertained, and at the same time, you may shake your head wondering how Tommy ever survived - Growing up in Greenpoint. (Source)

This book is a lot of fun. Tommy experienced some pretty major events in the life of New York City, including the  blackout in 1977 and a fairly significant blizzard in 1978. While these were stressful events for the adults who had to deal with all of the logistical issues, they were actually quite the adventure for the kids in Tommy's neighborhood. My childhood was vastly different than Tommy's, so it was fun to read about growing up in an urban environment. It was also amazing how many parts of the book I resonated with despite the differences in our upbringings.

Genres:
What I enjoyed:
Quotes: 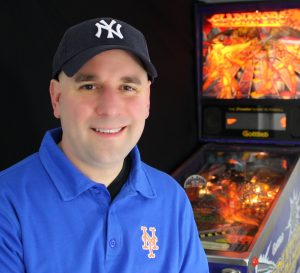 Tommy Carbone grew up in Greenpoint Brooklyn during the 1970s and early 80s.  He roamed the avenues, hung out in candy stores playing pinball, and dodged cars chasing spaldeens. Brooklyn was then, as it is now, the “4th largest city” in America.
He now writes from a one-room cabin, on the shore of a lake that is frozen for six months out of the year, and where moose outnumber people 3 to 1. (Source)

Do you want to read Growing Up Greenpoint? You are in luck because Tommy has been kind enough to provide 3 signed copies to give away! All you have to do is go to either our Facebook, Twitter, or Instagram pages and comment on the post with Tom's interview. It's as simple as that: just comment on Episode 94 on Facebook, Twitter, or Instagram, and you'll automatically be entered to win Growing Up Greenpoint! The last day to enter is July 14th and winners will be announced on July 16th.

To hear the interview with Tommy, please click here.
Posted by GSMC Book Review Podcast at 7:28 PM No comments: