On Episode 24 of the GSMC Book Review Podcast I got to interview a friend! Mitchell F. Jones is the author of the Michael Airlie mystery series. He is also a friend and colleague from my time in Missoula, MT. Mitch has always been a writer and has written both fiction and nonfiction. He is also a scholar who loves to learn and challenge himself, speaks fluent Japanese, grew up partly in Scotland, partly in Pennsylvania, and has an international, multi-lingual family. There are currently 2 books in this series: 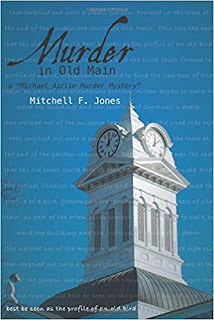 This wasn't right. Mike had started teaching to get away from seeing dead bodies. Now there he was, staring at the corpse of a colleague slumped at his desk. All the signs point to Gil, a nervous undergrad with a bone to pick with the late Dr. Clerkwell, but something doesn't add up. When a stack of blank diplomas goes missing, Mike realizes there's much more going on at his quiet rural university than he could ever have imagined. Pushed from his peaceful sanctuary, he's forced to call on the military training that he had hoped was all behind him.
Full of twists and turns, Murder in Old Main is a thrilling whodunit full of pride, greed, and lust for money that will keep you wondering if anyone can really be trusted...(Source) 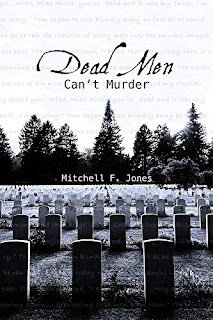 
At 10 AM, Tom Coleman saw a man he knew was dead. By 10 PM, he was dead and the man walked free.
When Mike Airlie, former colonel in the army and Vietnam vet, arrived at the dorm, Tom’s body was hanging cold from the rafters. He wouldn’t be the first or last soldier to take his own life after the horrors of ‘Nam, but something didn’t add up. As Mike picks apart the clues, he realizes that the death is not at all as it seems. To complicate matters, he also has to fight a pervasive stigma against suicide in the veteran community. Racing against the clock before the killer strikes again, he draws on all of his law enforcement connections, but the deeper he digs, the more dangerous it becomes.
Dead Men Can’t Murder is the gripping second story in the life of Mike Airlie and the sequel to Murder in Old Main. (Source)

Mitch learned to read early in life and was reading Hardy Boys mysteries at a young age. He has always known that he wanted to write mysteries, and now that he is retired he is fulfilling that dream. This was the second time since starting the podcast that I got to interview a friend, and I really love it. I love speaking with all of the authors I interview, for the record, but being able to see friends who are living out their dreams is truly wonderful. 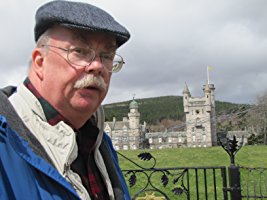 I was born in Scotland and came to the US in the late 1940s. Both my parents were born in Scotland but my mother had come to the US in the late 1920s and became a US citizen so when I was born in Paisley Scotland she registered me as a child of a US citizen, therefore I have dual citizenship, US and UK. My wife and daughters and I lived in Japan for several years and my wife and two daughter as well as myself all speak Japanese. We are a multilingual as well as multicultural family. One daughter's husband is Swiss and speaks four languages the other daughter's husband lived in Puerto Rico during high school and speaks Spanish also studied Japanese. Our grandchildren are all bi-lingual or learning to be. French is the other main language in the family. Because I was sick and bedridden as a small child I learned to read by age 4 and was reading 'Hardy Boy' mysteries very early. I learned to love mystery stories and read all of the Sherlock Homes stories by third grade. I love to read Dorothy Sayer, Agatha Christie, and many more classic mystery authors. A good mystery is the best place to read about everyday life in the era it was written. To be convincing the world the book is set in must seem real. (Source)